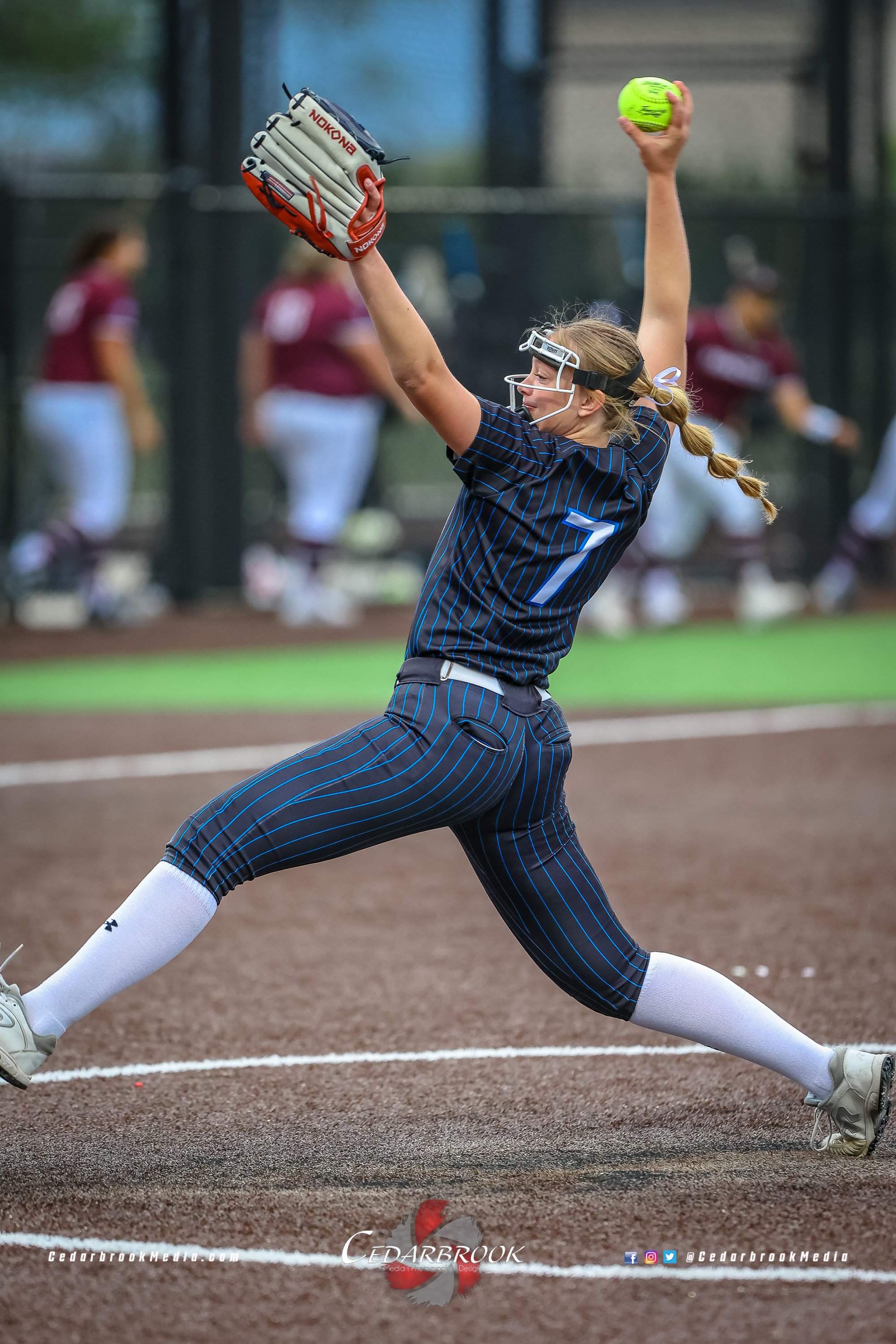 Rock Hill Softball is a new program returning from a very successful inaugural season where the blue hawks went four rounds deep into playoffs. This year our team is determined to go even further than last year and make it to state. Since Rock Hill softball had no seniors last season we have everyone returning with two impactful additions. Gabrielle Luna and Ella Berlage are freshmen who have made a name for themselves this year. The freshmen are currently leading their team in homeruns with Ella hitting 5 and Gabrielle right behind her with 3 on the season. Ella is having an amazing season at the plate with her 0.430 batting average. Berlage is also leading the team in multiple offensive statistics including, runs batted in (37), slugging percentage (0.822) and on base percentage (0.559). Gabrielle and Ella came in this season with big shoes to fill, their older sister and senior leaders: Katerina Luna and Grace Berlage. The sisters have been unstoppable this year, Katerina Luna and Ella starting on the corners and Grace Berlage and Gabrielle Luna as the battery. This pitcher catcher duo was able to produce a whopping 138 strikeouts in 120.2 innings. The future is bright for this program considering the overwhelming amount of talent and the powerful relationships on and off the field.

Last week Rock Hill faced off against Frisco Lone Star High completing the series with a 8-0 win for game one and a 10-0 victory to move onto round two. In game one, senior pitchers: Grace Berlage and Taylor Hagen worked together to throw a 7 inning no hitter. The blue hawks set the tone early when freshman Ella Berlage homered to left field in the top of the first. Later in the game, New Mexico commit Veronica Cully and Berlage hit RBI doubles to extend the lead. In game two Rock Hill came out with the same spark, junior Jolie Malan went 2-2 with 2 doubles. Additionally, Katerina Luna had 3 RBIs and a double against Lone Star. Meanwhile in the circle, Taylor Hagen threw a 5 inning shutout with 6 strikeouts for Rock Hill. The blue hawks will play against Dallas’ Woodrow Wilson on May 6th and 7th. Rock Hill saw Woodrow last year in round two of the playoffs but was able to take care of them with scores of 9-1 and 10-0. The following week the blue hawks are predicted to face off against Frisco’s Heritage High School, Heritage earned the title of undefeated district champions for their division. It will be a great matchup to see the district champs battle it out to become regional semifinalists.